I spend a lot of time with my finger on the pulse of duathlon in Ontario. My role writing race previews and recaps for Ontario Duathlon Central has me trolling results every weekend, and digging through registration lists during the week. One of my favourite races on the Ontario calendar is the Windsor (now Tecumseh) Duathlon in Tecumseh, Ontario. It was my first duathlon in 2009, and I returned two years ago where I was first off the bike on my way to the overall win and a course record on the current race course (1:23:43). Unfortunately, I will not be able to make it again this year (not for lack of trying), but with several excellent athletes planning on attending, there could be quite the battle taking aim at my mark. Here is what each of those contenders may need to do to win (in no particular order).

Author’s Note – The following preview is all in good fun, and will likely be entirely wrong (as I have often been in the past). Much like I did for Welland, I highlight the contenders in the men’s race and how each MIGHT win the race. This is an unofficial preview, and the opinions reflected on the potential outcome of the race, as well as the traits of each athlete, are my own. Take it with a grain of salt as I am not, and do not pretend to be, an authority of any kind other than what I can glean and guess from looking at results and chatting with athletes. So without further ado…enjoy! 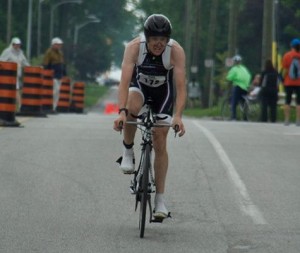 Strength – Experience. Scott knows how to win duathlons, and has been doing it for years. There are no real holes in his game, as he has done it with the run, on the bike, and with his head. He takes care of the low-hanging fruit and doesn’t leave things to chance. A true winner is a rare commodity, and Scott is just that. And this race will require its winner to be 100% on, gun to tape.

Wild Card – Race fitness. Scott is smart, and he proved his fitness two weekends ago in winning Niagara. However, he has very few races under his belt in the last 12 months, and this will be his deepest test in Lakeside last year. There is really no substitute for racing, and when the chips are down just knowing if and how you will respond to the race can be valuable.

How Scott wins on Sunday – Use his matches wisely. Scott has always had the bike split necessary to lead off the bike, and the running legs to hang on for the win. Race savvy can go a long way, and knowing when to burn matches and when to save them is crucial. A smart racer knows the bullets they have, and uses them judiciously. 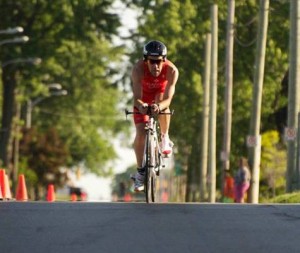 Strength – Take your pick. Strong bike, mentally tough, plenty of race experience. Daryl comes in to Tecumseh with more du’s this season than anyone else in this preview combined. His bike is always in the top tier of racers, and he shows up to every race willing to win or die trying. These guys are always a factor, especially with a weapon like Daryl’s bike. Don’t ever count him out.

Wild Card – The run. If there is anything, it is that Daryl’s short course run lacks the bite that it sometimes takes on the last run to seal it. Daryl gets better as the distance goes up and has excellent chops at 10k or longer. But with only 9km of running and a strong short course runner in the field, a winning move on the bike will have to be decisive and final.

How Daryl wins on Sunday – Crush the bike and hang on. Apart from Scott in top form, no one in the field can out-ride Daryl. He nearly executed this strategy to perfection in Belle River, coming up just short (27 seconds) to a very talented CIS varsity runner and elite U23 triathlete, Chris Moyer. Redemption is sweet, and no one there on Sunday has a run quite like Moyer. 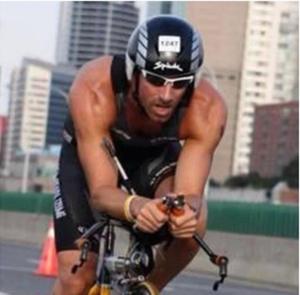 Strength – The run. Likely the strongest runner in the field, Ryan has put together an impressive list of running results this season. So far this year, he has recorded a 16:26 5k and a 34:09 10k, results that no more than a handful of Ontario duathletes can match. This race may come down to getting as far away from Ryan as possible on the bike before the second 6km run.

Wild Card – Bike fitness. Apart from Iron Hawk, Ryan has not raced any duathlons this year, focusing instead on running. He has been very open about the lack of time he has spent on a bike. Of course…he said that before Iron Hawk too, then proceeded to outsplit me. The bike is a wild card, and may make it difficult to put a dent into whatever lead he may have off the first run.

How Ryan wins on Sunday – Bike for show, run for dough. This race can be won on the run. With a 3km run to start and a flat bike to come, there is enough time to gap the field early and get lost among the triathletes on the course while keeping the foot on the gas. Being first off the bike may just seal it, but watch out Ryan…the horses will be coming for you to ensure that doesn’t happen.

Strength – Tenacity. One chat with this guy and I already know that he just wants to win races. He says he doesn’t plan on being crowded on the bike course, which I could only assume means he has nothing short of victory on his mind. His first two du’s have been a top 5 finish at Sprint Nationals and a narrow 2nd place at Niagara. Improvement curves usually goes up quickly.

Wild Card – Experience. Shayne has the least duathlon experience of anyone listed here…which could very well mean absolutely nothing. Multisport racing has some technical element, and seconds can be had in areas that aren’t governed by mental and physical toughness. This race could very well come down to those seconds…or not.

How Shayne wins on Sunday – Be the last man standing. Shayne is back for a rematch with Scott, and gets some duathlon veterans coming along for the ride. I could tell he was smarting from the tight 2nd place in Niagara, and I gather he badly wants the W in Tecumseh. The skills are there to push the other three right to the line, as is the hunger. Watch your backs boys.

This race could play out any number of ways, and will be exceptionally fun to follow. If I had to guess, I would say Ryan leads the field into T1, with about a minute gap on the group containing the other three. From there, it depends on how he rides. If he rides like he has in the past, Ryan will be tough to beat. By his own admission though, that’s not likely. More likely, he rides around how he did at Iron Hawk, and likely gets caught somewhere on the second bike lap. Me, I’m hoping for Scott, Daryl and Shayne to come into T2 together with a minute or two on Ryan, creating a wild 3-way footrace for the line with a pair of fleet feet chasing hard from behind. THAT would make for some good TV.

Until next time, keep Du’ing it!